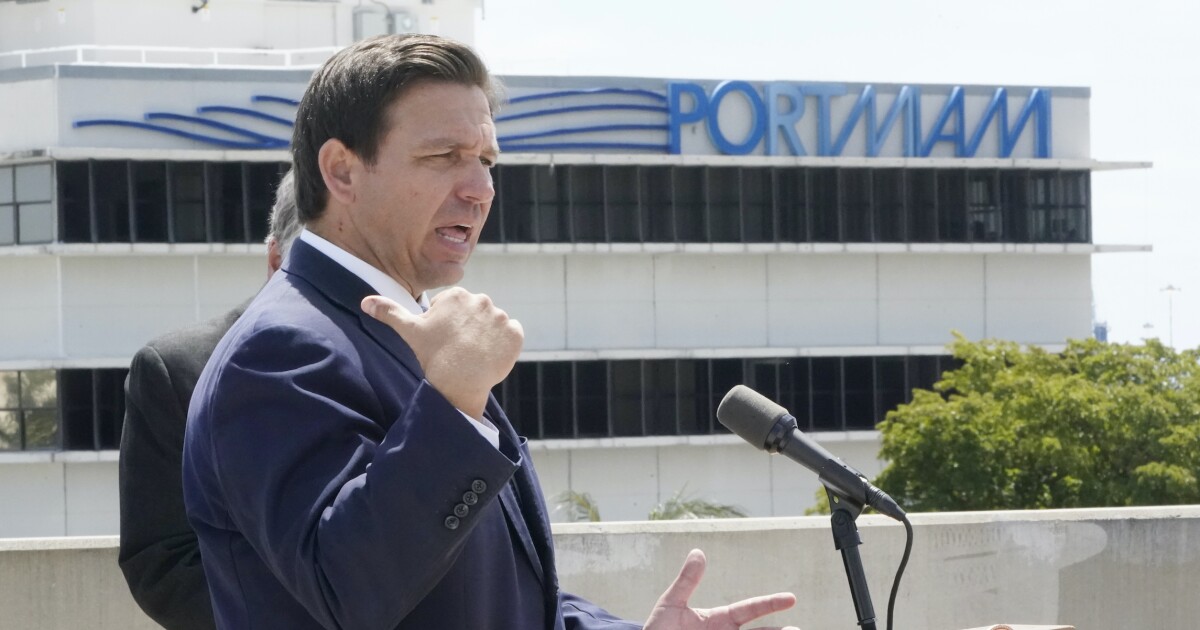 Florida Gov. Ron DeSantis has released a slate of bills he'd like to see passed during the special legislative session that begins Monday. The bills are related to vaccine mandates as a coalition of groups from across the state will be holding a...

Florida Gov. Ron DeSantis has released a slate of bills he’d like to see passed during the special legislative session that begins Monday. The bills are related to vaccine mandates as a coalition of groups from across the state will be holding a rally next week in support of banning such mandates.

An outspoken critic of President Joe Biden and against vaccine mandates, said on Monday the proposed bills are “probably the strongest protections for both private and public sector employees anywhere in the country.”

He has argued for laws to hold businesses liable for any medical harm resulting from a vaccine mandate as a well as other stipulations.

Democrats in the legislature largely oppose the proposals.

But the bills don’t actually ban the vaccine mandates in Florida, The Tampa Bay Times reports.

“Far from a ban, one of the bills lawmakers will consider requires employers to offer more alternatives to opt out of mandatory vaccines,” the Times reports. “Companies that don’t comply could face thousands of dollars in fines.”

In May, DeSantis signed a bill into law prohibiting government agencies or businesses from requiring vaccine passports as a condition of service. The law, which went into effect in July, didn’t address private employers and employees, and is being challenged in court.

Biden’s private sector vaccine mandate, which would require businesses with 100 employees or more to make sure their workers are vaccinated against COVID-19 or submit to weekly testing, is slated to go into effect Jan. 4 but also is being challenged in court. The Fifth U.S. Circuit Court of Appeals in New Orleans on Saturday temporarily halted the Biden administration’s private sector vaccine mandate, citing “grave” constitutional issues.

Meanwhile, a rally for medical freedom organized by a coalition of activist groups will convene on Nov. 16th in the Capitol courtyard in opposition to vaccine mandates.

Rebekah Ricks, director for Polk County Moms for America, who is organizing the rally, said, “We are calling on citizens all across Florida to join us in opposing government overreach in forcing Floridians to be vaccinated against their will. We strongly support an individual’s right to weigh all potential medical, moral and legal implications to make a personal decision as to what is in their best interest, as well as the best interest of their children. No person should be coerced into unwanted medical treatments, including vaccinations, in order to participate in society and provide for one’s family.”

One of the sponsors of the event, Florida Citizens Alliance, asked DeSantis to call a special session in August to ban vaccine mandates and passports. Now that he has, they argue he “is leading the nation in defending and preserving the rights of the people.”

The coalition is urging the legislature to use Florida’s Civil Rights Act FS 760.01 to declare Floridians’ health and immunization status as a “protected class,” similar to the protected classes of age, sex, race and other categories.

The special session will last no longer than a week, ending on or before Nov. 19.